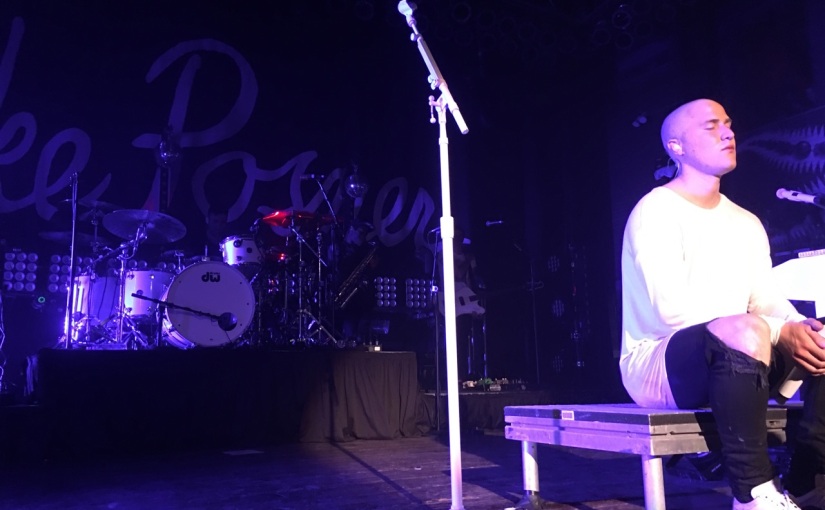 I enjoy an artist’s work the most when I can really get behind his or her message. It seems to be harder and harder to find music today that really means something, and isn’t just another generic love song or ode to partying at the club. That’s why my re-discovery of Mike Posner a year ago influenced my outlook on life, music, and just about everything in the deepest and most surprising of ways.

Those who aren’t too familiar with singer, songwriter, and rapper Posner may only remember him from his “Cooler Than Me” heyday or his recent hit “I Took a Pill in Ibiza (Seeb Remix), but there’s much more to this authentic artist than Top 40 and club remixes, although these two songs were my original introduction to Posner and what really made me a fan in the first place.

Posner’s openness shines most in his studio album At Night, Alone, which was released in 2016 and features the aforementioned “I Took a Pill in Ibiza,” along with a collaboration with Labrinth and a guitar solo by Maroon 5’s James Valentine, among many other great surprises. Perhaps one of the most sobering and powerful songs on this masterpiece of an album is “Only God Knows,” which reflects on everything from death to one’s own expectations about oneself, all while pointing out that only God really understands anything one is going through. Posner’s most recent musical project, a collaboration with friend Blackbear entitled Mansionz by their duo of the same name, brings a mix of edgy R&B and powerful poetry and garnered a large amount of attention from critics and fans alike. Listen to both of these albums and it is easy to see that Posner is an artist that has both the power with words and the history of pain to create something truly moving and inspirational that moves far beyond a typical pop album and isn’t afraid to bring on the shock and the emotions.

I had the opportunity to see Posner live back in April of 2017, and his polish, enthusiasm, and talent shone in a way I’ve never before witnessed on stage. A Mike Posner concert is more of a party celebrating life, struggle, poetry, and love all in one shiny and exciting package. Add his recent book of personal, raw poetry, “Teardrops and Balloons,” to the mix, as well as his recent spoken word album, “I Was Born in Detroit on a Very, Very, Very, Very, Very, Very, Very Cold Day,” and you can see that Posner is a different, more open and more honest artist than most that we see today. He offers his opinions, his flaws, and his struggles to his audience in a way most artists would fear, and as a result he has developed a loyal fan base of music lovers and poetry lovers as open and ready to share their struggles and find hope in a confusing and painful world as he is.

Die-hard fans and podcast lovers alike will know that one of Posner’s most exciting recent projects is his podcast, “What Does This All Mean?” The first episode of Posner’s podcast is entitled “Happy Father’s Day.” This introduction looks back on Posner’s father’s recent death and how it has affected him as a person. Podcasts may be an unusual topic for a music blog post, particularly a first post on a blog, but this  offering from a highly talented, Grammy-nominated musical artist still seemed fitting to mention, especially since it has affected me quite deeply.

Through this podcast, Posner reminds me how thankful I should be for my disabled father, not only because he is still with us despite extreme health conditions, but also because I owe my life to him. As Posner points out, anything could happen to your father (or any other loved one, I would add) at any time, so never take him for granted.

Whether it is a podcast, a poem, or a moving song, Mike Posner has demonstrated to the world that you can be open, honest, AND successful – in fact, I would say that his humility and kindness to fans are what has truly led him to the success he has today. If you haven’t yet, listen to one of his masterpieces linked above – you are almost guaranteed to find something that moves your spirit.

I’m open to constructive criticism, your opinions on Mike Posner, and more! Let me know what you think.

This post originally appeared on LiveJournal. It has been edited for timeliness.

Lindsey is the founding editor of Music to My Ears. She holds her Bachelor of Arts in Communication from Purdue University Northwest. When she isn't writing, she can usually be found making a fool of herself singing karaoke or creating sappy poetry. View all posts by Lindsey Flagg